Kingdom that separated from Plantae

FUNGI once were classified under Plantae kingdom because it grows out from the soil and have rigid cell walls.

ARTHROPODS: invertebrate animals that are characterized by a chitinous exoskeleton, a segmented body, and jointed appendages. Examples of Arthropods including insects, crustaceans, arachnids, and myriapods, 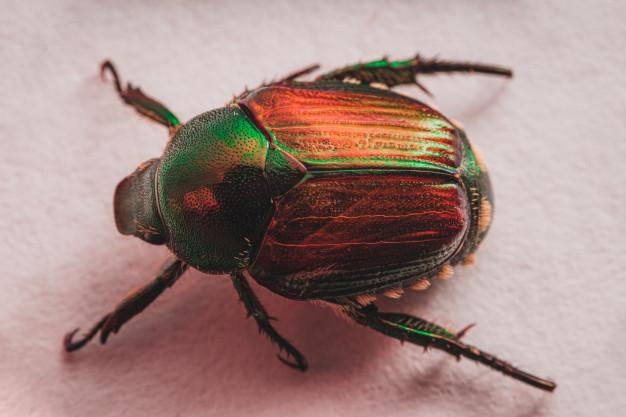 There are an estimated 1.5 million species of FUNGI on the planet EARTH, and we only know 100,000 species. FUNGI can be unicellular and multicellular complex organisms. Unicellular FUNGI, like Saccharomyces cerevisiae, or commonly known as YEAST, Key ingredients in brewing wine, beer, or making bread light and fluffy.  While for multicellular FUNGI, Penicillium camemberti, mold species that responsible for giving cheese distinctive flavors.

When there is good, there is bad.

some FUNGI also responsible for disease like Athlete’s foot. A fungal infection caused by Trichophyton under warm and moist environment.

Multicellular FUNGI consists of long branching filaments of cells, Hyphae. A tangled mass of hyphae visible to the unaided eye is a mycelium. 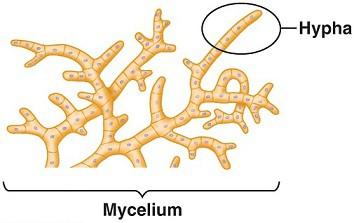 Fungi play a crucial role in the balance of the ecosystem. They are one of the major decomposers of dead organic matter.  Without fungi feast on dried leaves, dead trees, and other organic matter that builds up in the forest, soil wouldn't have their nutrients available for plants to use. For example, nitrogen (N) and phosphorus (P) is a key component that is released when fungi decompose organic matter. The ability of fungi to degrade many large and insoluble molecules is due to their mode of nutrition.

Fungi produce a variety of exoenzymes to digest foods. These enzymes are either released into the substrate or remain bound to the outside of the fungal cell wall. Original matters are broken down into nutrients, which are absorbed back into the cell via hyphae. 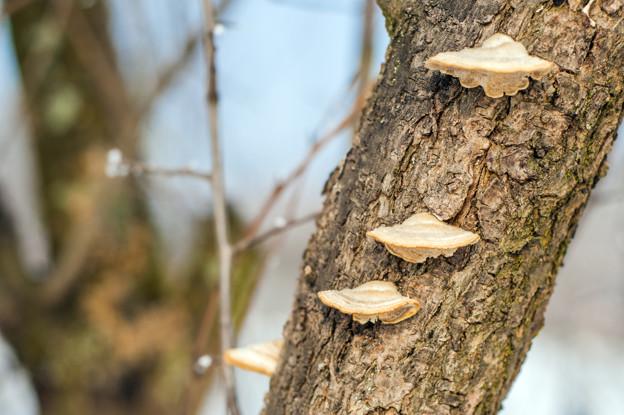 Not all fungi only feast on death. Some fungi that represent allies or enemies in the natural ecosystem. Some Fungi form mutualistic relationship with host like plants, cyanobacteria, and algae. 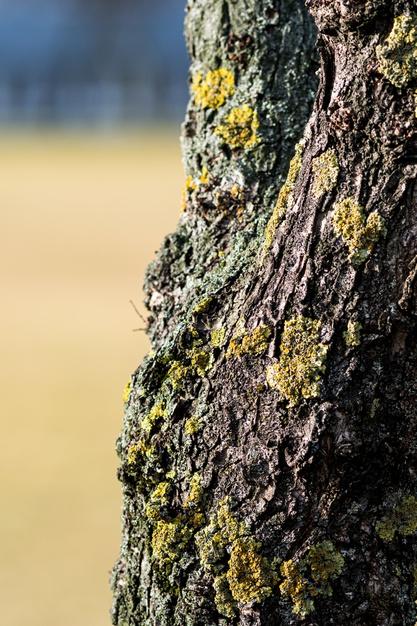 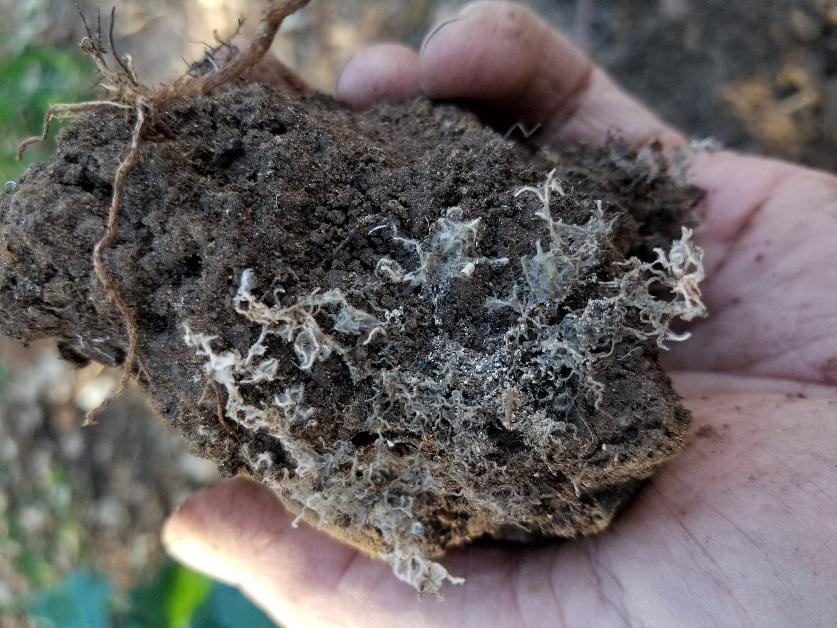 MYCORRHIZA-Mutual beneficial partnership in between the host plant with fungi. Plants receive nutrients like phosphorus, nitrogen from the fungus in exchange for photosynthesis-derived carbohydrates and lipids.

Fungi might be enemies for some species and exhibit parasitic relationship with the host.  The fungi that live in or on the host, will obtain nutrients by digesting host tissues. The fungi can harm, causing illness and eventually kill the host.

Did you ever heard of Caterpillar fungus? 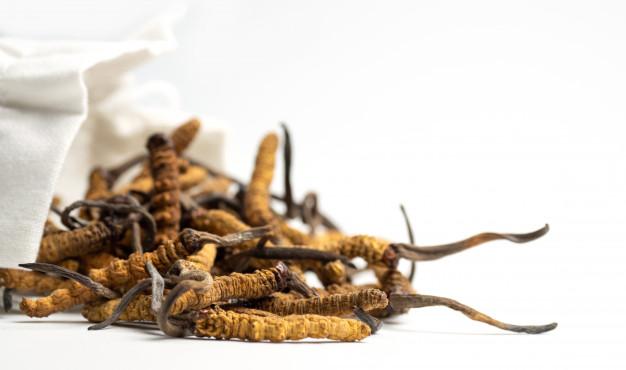 Caterpillar fungus, AKA cordyceps sinensis is a parasitic fungus that only parasitize larvae of ghost moth. It kills and mummifies larvae during winter season and spawn out a dark brown stalk-like fruiting body is a few centimeters long emerges from the corpse during summer. The fruiting body is highly valuable as herbal remedy in traditional Chinese medicine.

DO YOU KNOW WHICH IS EARTH’S LARGEST LIVING ORGANISM?

The Earth's largest living organism is a humongous fungus, honey mushroom (Armillaria ostoyae), discovered in the Malheur National Forest, Oregon, USA, which its mycelia occupies a total area of 965 hectares (2385 acres), equivalent to 1,350 soccer fields. The Honey mushroom is calculated in between 2,400-8,650 years old by considering growth rate of approximately 1m a year. The large yellow-brown mushrooms that appear above ground are the fruiting bodies of much larger organisms. They consist mainly of rhizomorphs that spread out below the surface in search of new hosts, and underground networks of tubular filaments called mycelia. 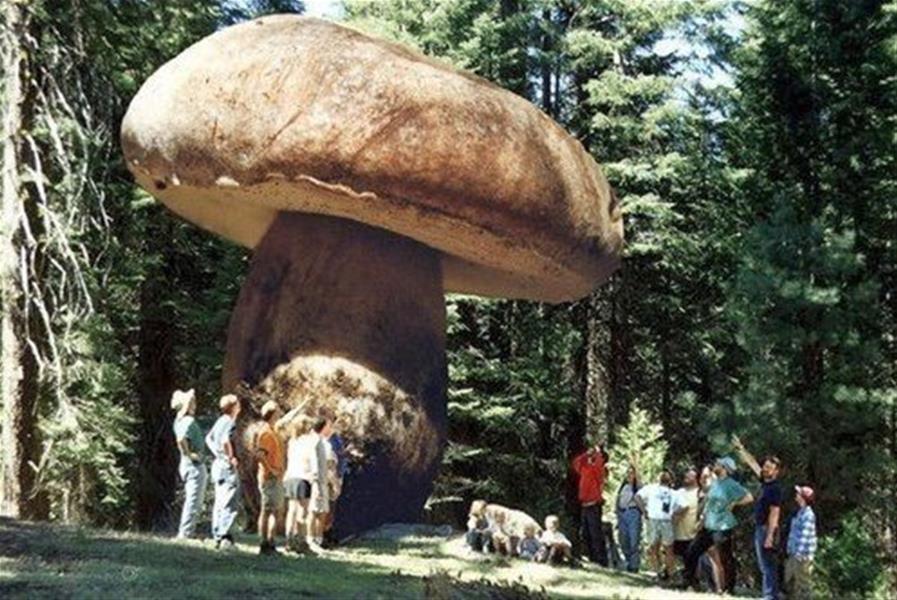 That’s all for today FUNGI facts, I hope I can share with you interesting topic of FUNGI.